As you’ve probably noticed, this is intense and powerful astrological energy at the moment. The last of Pluto-Uranus earlier this week, and now a solar eclipse in the final degree of the zodiac, the day before the solstice and the beginning of a new cycle.

A solar eclipse happens when the Moon is between the Sun and the Earth, so it always happens on a New Moon (compared with the lunar eclipse that happens on a Full Moon, which we are going to get in a couple of weeks … on 4th April).   So, with a solar eclipse, the Moon is casting its shadow over the earth, so there’s an element of our emotions overshadowing our past. With this eclipse in Pisces, this is a clearing energy on a deep, psychological level. Being at the last degree of the zodiac, and with both the Moon and the Sun entering Aries over the next day, and beginning their new year cycle, this eclipse is a powerful opportunity for setting new intentions.

Plenty of people around me have been experiencing this intensity of the astrological energies over the last week or two … whether it has manifested as oppressive fatigue, turgid energy, penetrating dreams, unexplained tears, frustrations with others, fears of letting go, fears of holding on … this is a time of transition, and the evolution is all around us.  This eclipse is the essence of it. Today is a day to put aside some time to set new intentions, to allow the old to flow out and the new to flow in.

Today is the beginning of a new cycle … it is powerful energy, be gentle and purposeful with it! 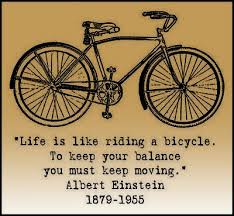