It might seem obvious, but I’m going to say it anyway … a Full Moon happens when the Moon is opposite the Sun. Astrologically, the Sun’s is all about essence and purpose. The Moon is all about emotions and security. At the time of a today’s Full Moon (9.22am this morning AEDT), the Taurus Moon is opposite the Sun in Scorpio. The energy of Taurus is stability and abundance. Taurus is about having … in a material, worldly, natural, down to earth kind of way. Scorpio energy is about desiring … in an intense, passionate and penetrating kind of way.

So, a Taurus Full Moon brings in a time when emotional security through having and purpose through desiring can be a little at odds. To me, this says that the balance of today’s Full Moon is about holding on and letting go. About knowing what to keep and what to let free. The New Moon eclipse in Scorpio a couple of weeks ago may have sparked new desires, and this Full Moon is a time to manifest those desires in the world in a real and grounded way, to let go of the aspects of those desires that were illusory and to embody the parts that are real. Today is a day for desiring what we have.

Being an earthy Moon, the best way to do today is to be grounded, to be solid, to allow the flights of fancy to dissolve and the true desires to be had.

And of course, none of this is causal … its just a story about the fundamental interconnectedness of all things. Happy Full Moon. 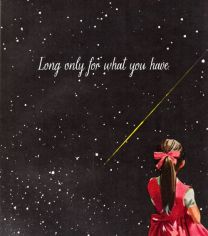 So, the eclipse season is on us … and I’m guessing that people are already feeling the intensity. 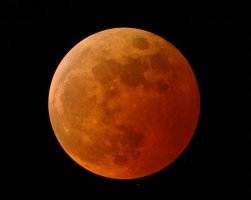 A Lunar eclipse happens on a Full Moon, when the Sun and Moon are exactly opposite and in parallel, and the shadow of the Earth falls on the Moon, causing what is called a Blood Moon. This will be at 8.50pm Wednesday night (AEDT). Astrologically, the suggestion is that this is a time when emotions (Moon) are in hidden (shadowed), we are disconnected from our feelings. So, we can feel out of sorts and act out of character. And when you get that happening to everyone at the same time, weirdness ensues!

This full Moon is in Aries, with the Sun in Libra. The Aries-Libra polarity suggests that in general, the disconnection is likely to play out in the realm of relationships, having something to do with the balance of individuality and partnership. Maybe struggles for freedom, or one person wanting more connection while the other wants more independence.

Also look for the 15 degrees Aries-Libra point in your own chart, as this will indicate where it will hit personally. If you’re not familiar with your chart, this is a good website to use, so you can find out what part of your own life the eclipse will be affecting … http://www.alabe.com/freechart/.

But that’s just the Blood Moon, it gets far more complex. The eclipse happens with the Sun exactly on Uranus, which suggests that there will be a tendency for radical upheaval. Uranus wants us to break free in order to become our true selves. But it does this with little concern for consequences. So, over the next few days, any hint of a rut that we might be in is going to be shown to us, and we will want to run. Take the message, but throw in a little dash of caution before taking the action; with Uranus and Pluto in play, the chance of leaving utter destruction in our wake is high … and maybe not everything needed to be discarded. Or maybe it did, and if so, then the next few days, with the sparkling power of the Mars-Jupiter-Uranus Grand Fire Trine, are perfect for a psyche clear out!

But wait, that’s not all!! On Thursday (AEDT) Venus squares to Pluto, suggesting intense passions, but with a hidden agenda. Jealousy and possessiveness are high, in direct proportion to fear of losing partnership or the need to control. One way to deal with this is to bring the hidden stuff to the surface, if not, the risk is Pluto doing its destructive stuff. But even this has its own risks with the upheaval of this week.

So, put all that together … intense passions that threaten to destroy intimacy, disconnection between self and feeling, and an uncontrollable urge to break free of restrictions!! And all this while Mercury is retrograde and our capacity for effective communication is challenged. Sure, act on it if that’s what you want, but take a deep breath (or ten) first, and make sure you stop to listen to what is really going on. And remember that this is happening for everyone, so allow a little compassion, and don’t get sucked into someone else’s drama. 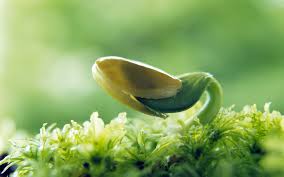 There’s heaps going on astrologically over this weekend. So many things stirring and so much potential for breaking through.  Use it wisely!

Full Moon, Venus-Saturn opposition, Mars-Pluto square, and all this clouded in the potential confusion and delusion of Mercury and Neptune being retrograde.  It would be easy to get lost in what is not present … and it will take an effort to stay real and grounded.  But if you can, the possibility for growth is great.

Following closely on the heels of the Full Moon and Venus-Saturn aspect, Mars moves back into Square with Pluto on Friday or Saturday (depending where you are on this planet).  Mars was retrograde for a few months until late May, so as it moves forward it is repeating the Pluto squares of April and January this year … meaning that it will reactivate the breakthroughs or tensions of those times.  Now is the time to move through the tension … and to really get the breakthrough! It will only cause stress if we refuse to go with the challenges and opportunities that are being offered.  Whatever emerged in January and / or April, the next week or so is a time to look deeply into how to make the transformations that seemed possible then work in our lives. The energy of this transit is powerful, intense and dynamic.  The opportunity for change is palpable.

But take care. Mars is the assertive planet and Pluto is the transformative one, so when these two are Square to each other, the desire to assert self and the need for transformation can be pulling us in different directions. The forcefulness of Mars-Pluto can be quite ruthless and hurtful if we’re not in tune with our underlying ego drives.  This might manifest outwardly as arguments or struggles with others, or inwardly as self-destructive behaviours.  If we’re not conscious, it can come out as destructive rage or manipulation.

And, keep in mind that everyone will be feeling this to some degree, so people will be upset, angry, irritated and being less than conscious, causing hassles without knowing where the drive is coming from.  Take a deep breath, and take responsibility!! Focus on the opportunity for growth, and as Jim says …. break on through to the other side!