Today is a day of impatiently wanting to change the world!!

Jupiter has hit exact square with Uranus, again sparking off the energy of the Uranus-Pluto Square that is defining our times.  With this particular aspect, we get the boundless enthusiasm of Jupiter in its pursuit of meaning and higher ideals, coming up against the anarchic force of Uranus seeking freedom and sweeping away anything that is blocking its path.  It is impetus for change, no doubt, but there might just be a wee bit of impatience in the process.  Likely as not, the feeling of wanting to shift has been building for the last week or so, and this aspect brings opportunity and push to make stuff happen.  These are energies not to waste … now is the time to make change. The caution with Jupiter square Uranus is about being over-confident, mistaking arrogance for genius and letting the enthusiasm go in an undirected path.  And with Mercury still in its last few days of retrograde, it is useful to take a moment and a deep breath before pushing the send button.  But push it anyway! Who knows what’s on the other side?!

This week Jupiter and Venus come back to play with Pluto … but maybe someone should have told them that Pluto’s not a toy!!

Both Venus and Jupiter are in retrograde motion at the moment (Venus till Friday and Jupiter til 6th March).  Jupiter is thought of as the planet of luck and fortune … its energy is about expansion, opportunity and growth.  It is also the philosopher, the seeker of meaning and truth.  So when it’s retrograde we’re looking internally at our own motivations and desires, at the values and truths that make us who we are.  This is a time for reflection, for self-inquiry, an opportunity to check in on whether we’re being true to ourselves, whether we are being with integrity and authenticity.  Add Venus retrograde, and the opportunity is especially to reflect on whether we’re being our truth in the way we relate and attract love.

The challenge is that this is happening with Pluto in the mix.  Pluto energy transforms, it breaks down what exists in order to create new.  The cycle of death, sex, birth, life! It destroys and then it recreates, and it doesn’t do it in a subtle way.  So, I have a feeling that the energy that is building over the next few days, as Jupiter opposes Pluto and Venus moves into conjunct with Pluto, means that any little cracks that might exist in our constructed armour of who we are, and especially who we are in our relating, Pluto is going to bring them to the surface.  It is going to show us the gnarly bits where we might not be being true to ourselves.  It will show itself in the beliefs that we hide behind about how we are in relationship, where if we were being honest with ourselves we’d know there was a grain of untruth! It’s a time to get real.

The trouble is, with Venus opposite Jupiter there will be a tendency to want to hide in lavishness, excess and self-indulgence … but with Pluto, that’s just not going to work.  Unless you think repression is working!

This is potentially a testing time for our sense of self and our relationships.  But it is an opportunity to see what is real, to challenge our constructed ego, and to transform and expand our capacity for love and connection.  Though, the energy of this next week is a time for contemplation and realisation … action will follow.

Of course, none of this is causal … it’s just an insight into the fundamental interconnectedness of all things!!

Venus has been retrograde (going backwards relative to us) since late December, and it turns forward again on the 31st.  At the point of turning forward it is almost exactly conjunct Pluto and opposite Jupiter, so this is a powerful time for transforming the depth of relationships, though there is a potential to mask possibilities with self-indulgence if we ignore our intuitive knowing! 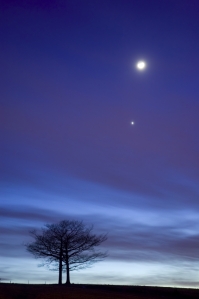 During this last week of retrograde, things Venusian might be feeling a bit of a struggle, so you might already be feeling like just curling up on the couch and ignoring the world.

As I wrote a while ago, Venus retrograde is a great time for getting in touch with our own stuff about relating, for understanding our own journey with intimacy.  But the challenge is that it leaves us in such a subjective space that we can’t easily see the other’s perspective.  So, it’s a time for contemplating what relating means personally … putting any insights into action will come more easily after the 31st January.

All of the other Venus stuff, like getting a haircut, buying new clothes and doing anything indulgent about our looks (our Venusian projections) will flow much better then too.  So, this week, if you’re feeling like staying within, go with it … the following week will bring the energy for manifesting change and growth in our relating and our relationships (and for shopping, for those inclined!).

That Venus, Jupiter and Pluto are all playing together by week’s end will bring added potency to any change that is happening … more about this in my next post …